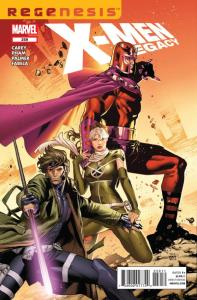 In the first of two X-Men: Regenesis story arcs that will feature the character, Havok confronts his brother Cyclops regarding his split with Wolverine in the pages of X-Men: Schism in today’s X-Men: Legacy #259. Attempting to get the two to find some common ground, Havok sees a lot more panel time in this issue and that will hopefully continue in Half a Step part two.

A scene in the issue recalls all of the recent traumatic events the X-Men have gone through leading up to Schism, and it’s difficult not to focus on the fact that Havok has been off-planet for all of them. House of M, Messiah Complex, Messiah War, Utopia, Necrosha, Second Coming, and Schism all passed during his absence although he did have a front row seat for the cosmic War of Kings. It’s reminiscent of the character’s return following the Mutant X series that saw Havok trapped in a parallel dimension as the world has changed dramatically around him once again.

Havok will also appear in January’s X-Factor #230 as that title reaches the X-Men: Regenesis launch point and he and Polaris join the team. 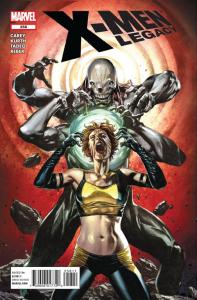 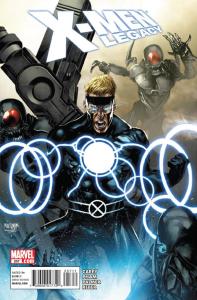 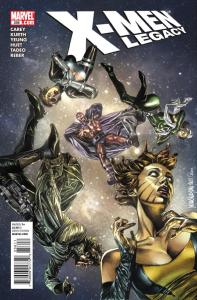 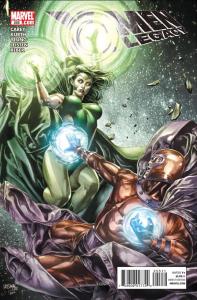 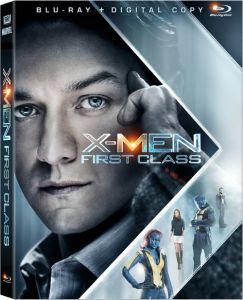 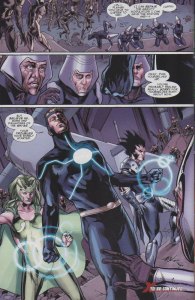 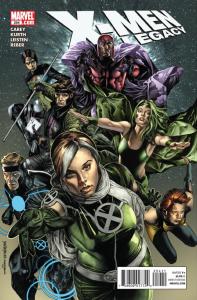 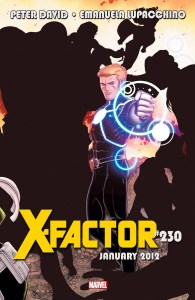 Marvel’s final teaser for their X-Men: Regenesis event coming this Fall revealed that Havok will be returning to the pages of Peter David’s X-Factor in issue #230. The rest of the cast has yet to be revealed but it appears the days of the X-Factor detective agency may be over. Adding to the intrigue, it appears X-Factor will be siding with Wolverine in the wake of X-Men: Schism, placing Havok squarely at odds with his brother Cyclops.

Guessing who else might be part of team, it’s arguable that Strong Guy, Banshee, Layla Miller and Rictor are all among the silhouettes, but Darwin and Madrox could be in there as well. Someone appears to be sitting on Strong Guy’s shoulder and it could be anyone from Pip the Troll to Wild Child to Wolfsbane or even her recently born child. Look for more information leading up to this November release.